The tree is considered one of the oldest in Italy, perhaps in Europe, given that its age is estimated at 3000-3500 years, in fact adopting the active carbon method, the experts assigned to the plant the longevity record for Tuscany; That chronology would place this specimen in an historical period prior to that of the olive trees of Gethsemane Orto (5).

The plant consists of two individuals, one, the old tree, aged around 3000-3500 years, and dated around 1000 BC, now dead, who formed the gigantic and unique basis on which he was born the new sucker, became tree, which seems to have at least two centuries of life and that, in any case, is an extension of the old tree. The old olive tree that remains is a wrinkled and twisted trunk, but still kicking with a sucker in the result. The plant is now a monument and was made a fence that guarantees some protection to prevent people, any collectors of objects related to the visited sites, can remove fragments of the trunk or branches as a souvenir or at least damage it. 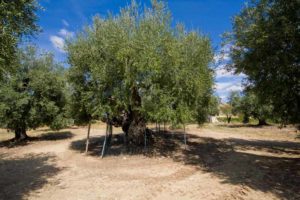 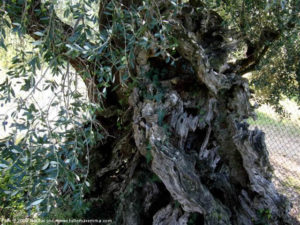