According to the legend, Tuscania was founded by Aeneas’ son, Ascanius, where he had found twelve dog pups (whence the Etruscan name Tus–Cana, cana being similar to Latin canis for “dog”).

Evidence of human presence in the area dates back from the Neolithic age, but probably the city was founded in the 7th century BC when the acropolis on St. Peter’s Hill was surrounded by a line of walls.  In the following years its strategic position gave Tuscania a leading role in the Etruscan world. After the defeat of the coastal cities by the Greeks (4th century BC), Tuscania also became a maritime trade centre through the port of Regas (next to today’s Montalto di Castro).

There is no record of Tuscania being involved in the battles that led to the Roman conquer of the Etruscan northern Lazio (280 BC), as the city probably entered into the Roman orbit peacefully. The agricultural development and construction of the Via Clodia further boosted the economic situation of the city. 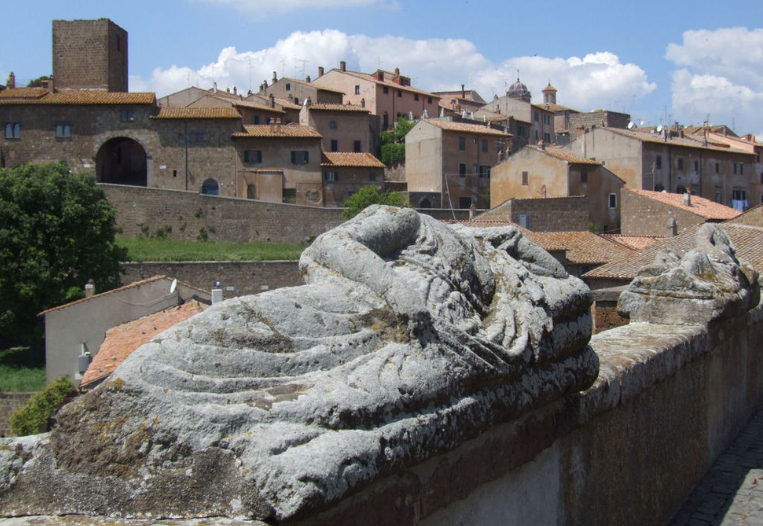 The main monument of the city is the Church of San Pietro, built in Lombard-Romanesque style, begun in the 8th century and renovated in the 11th-12th centuries. The interior has a nave and two aisles divided by low columns and pilasters incorporating half-columns, with antique and mediaeval capitals.