The tower of Cala di Forno is located along the coastline of the municipality of Magliano in Toscana, on a promontory of the Uccellina mountains, to the Southwest of the small beach of cala di Forno. Coastal fortification is situated in the natural park of Maremma, near route of the trail.
The tower was rebuilt by order of doctors in the second half of the 16th century, in the place where there was probably a pre-existing medieval structure, with the aim of strengthening the defensive system of the Grand Duchy of Tuscany in the Maremma coasts, which were often subject to pirate raids.
From the top, it was possible to communicate with the Tower of Uccellina to send reports to the towers Southern located, and the Tower of Collelungo to report hazards to the northernmost coastal towers.
La torre di Cala di Forno rests on a base shoe and is built on several levels; on the mezzanine there is a gateway which was reached by a flight of stairs provided with drawbridge.
The Summit is presented partially damaged due to neglect suffered in past centuries. 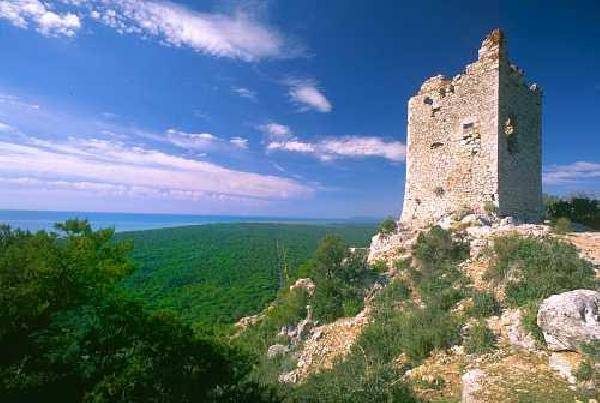