The Theatre of the Rocks

The Theatre of the Rocks, which opened in 2003, is now a symbol of the National Park of the Metalliferous Hills, became part of the European Network of Geoparks recognized by UNESCO. It is located in the municipality of Gavorrano, in the province of Grosseto, in Tuscany and belongs together with the Rocks Park Mining and Naturalistic Park of Gavorrano,to one of the seven gates of the National Park.

The theatre was housed in an old quarry near Gavorrano: there was born a unique cultural space for its charm and magic. Since 2003, every summer hosts theater performances, concerts, dance performances, conferences, art exhibitions, big events. That was considered a degraded area and now it is a meeting place and a place of culture. 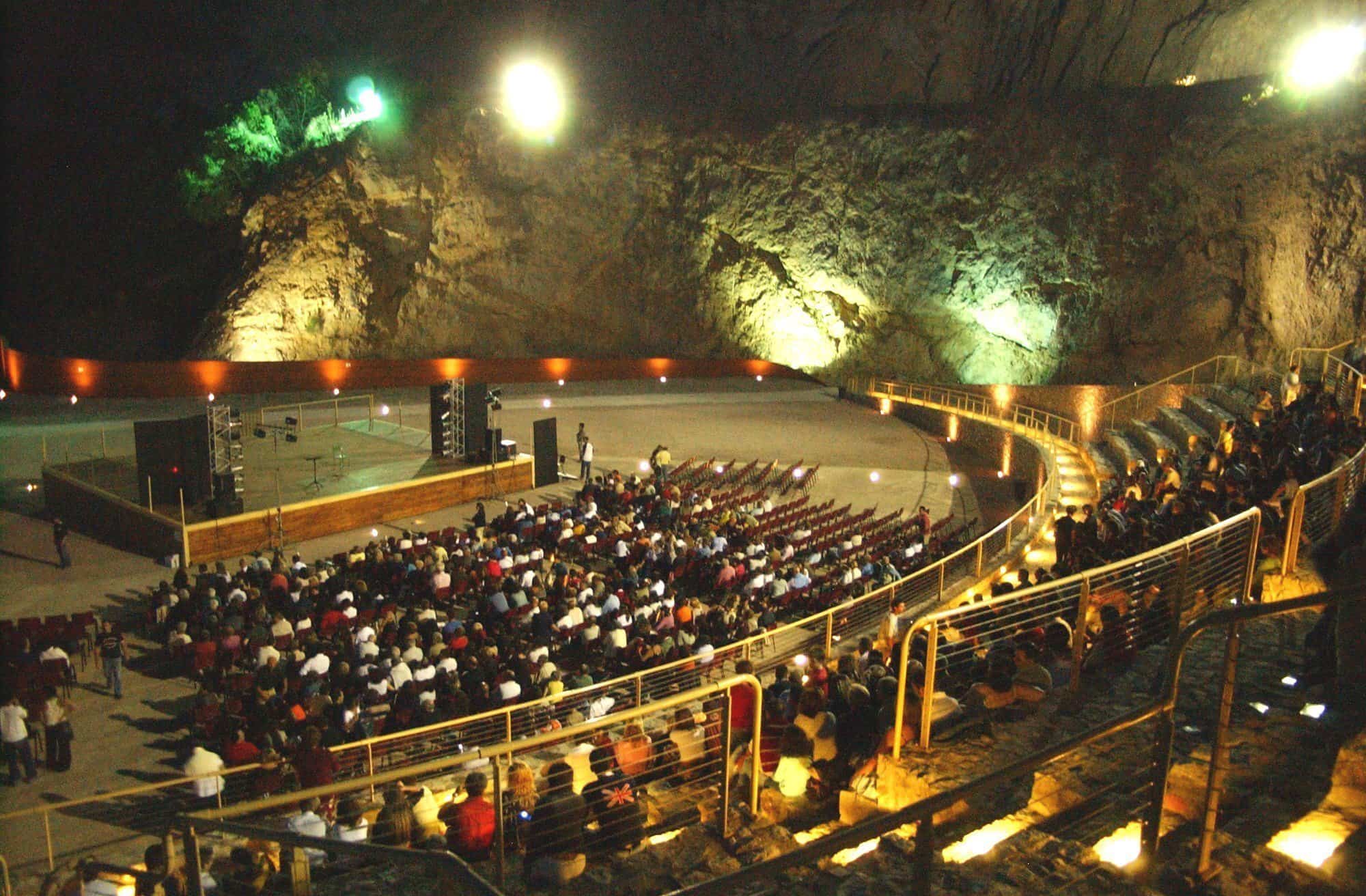 The amphitheater
The theater, which evokes the shape of a greek amphitheater, is designed to be “part of the quarry.”
The location of the steps on the right side was chosen to preserve the stone structure at the center of the quarry front, keeping the impressive view over the old town of Gavorrano,from here you have a wonderful view of the village of Gavorrano and the green valley below.

It has been a very hard task to safeguard every aspect of the landscape, which is why the vertical development of the theater was limited, resulting in a remarkable result of visual and harmonic effect.
That is why even the volumes allocated to service areas, necessary for theatrical activities, have been rendered invisible because placed under the bleachers. The theater can accommodate up to 1400 people.