Rocca Pisana is located in the highest part of the village of Scarlino. The archaeological excavations carried out between 1979 and 1983, showed that the area was inhabited since the late Bronze Age (XII – X BC) but the fortress of Scarlino was first mentioned by the “curtis” in 973 when the estate was the Aldobrandeschi. Between the eleventh and twelfth centuries the settlement suffered a considerable constructing improvement and a Document of 1277,(when the castle was sold by Conti Alberti to the municipality of Pisa) shows signs of various buildings. 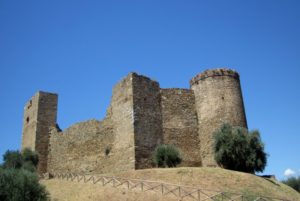 Most of the artifacts found during archaeological excavations are on display in the  Documentation Centre of the territory Riccardo Francovich, including the “Scarlino Treasury”. The treasure was found during the above mentioned archaeological excavations, he was buried in a hiding place of the fortress, and it is a glazed earthenware vessel containing 100 gold florins coined by seven different mints including Venice, Florence, Rome, Milan and also a Hungarian town. The coins are dated between the fourteenth and fifteenth centuries and allow them to study the circulation of money in the period of the Tuscan city. 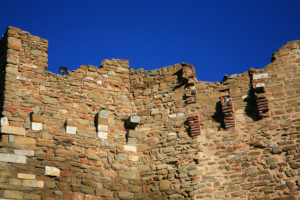