The fortress was built during the ninth century and was an ancient possession of the abbey of San Salvatore al Monte Amiata.

In later centuries it became the property of the Aldobrandeschi family, taking on a strategic role in the control and exploitation of the neighboring mines of cinnabar and entering the expansionist ambitions of Siena, under whose jurisdiction passed around the middle of the fourteenth century. Since then, the fort was gradually abandoned, heading for a long and inexorable decline that lasted until the last years of the twentieth century, when a series of excavations and restorations allowed the recovery of the ruins that testify even today, the importance of the fort in past centuries 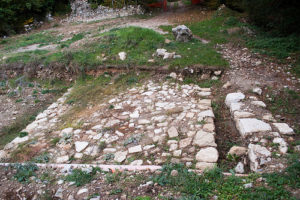