The Park territory includes a series of ecosystems, where natural environments and environments shaped by man coexist: they are all equally important for the essential role they play in the life of the wild fauna. Each species has its ideal environments.

The Park and the Territory
The Park landscape is very similar to the characteristic landscape of southern Tuscany, characterized by gentle shapes and not very marked valleys.

Water System
Within the Park you can distinguish two kinds of hydrographic networks: the first one is characterized by a network of mainly artificial and secondary watercourses built according to the plain reclamation scheme. They can be easily recognized for their straight course and by their man-made banks. 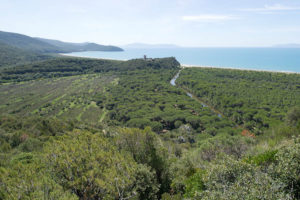 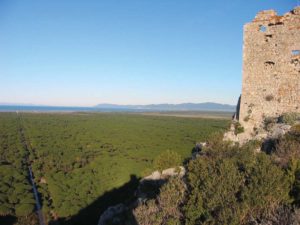