The walls of Grosseto are the defensive system of the historic center of the city. They are one of the rare examples in Italy of town-walls received almost intact to this day.

The city of Grosseto arose as a result of the final abandonment of the nearby Roselle. Already from its beginnings, they were built defensive fortifications; a first boundary wall was completed during the twelfth century. 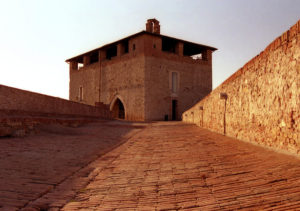 After a long series of alterations, destruction and reconstruction that took place during the medieval period, in the second half of the sixteenth century Francesco I de ‘Medici commissioned Baldassarre Lanci work for the redevelopment of the old circle, which led to the construction of the hexagonal walls, still preserved; the work was fully completed in the spring of 1593. 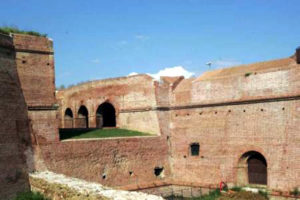