The Tatti Walls formed the defensive system of the village of Tatti, in the town of Massa Marittima.

You enter the village through a round arched door from the medieval times. 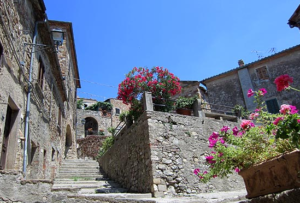