The name of the city derives from that of the Falisci (Mons Faliscorum, “Mountain of the Falisci”). Later, it was controlled by the Etruscans. It was suggested that Montefiascone occupied the site of the Etruscan Temple called Fanum Voltumnae, at which the representatives of the twelve chief cities of Etruria met in the days of their independence. Under the Empire, the festival was held near Volsinii.

The first documents mentioning Montefiascone are from 853 CE, when it belonged to the bishop of Tuscany. In 1058 and 1074 the Popes Stephen IX and Gregory VII, respectively, stopped here. In 1093 the fortress was besieged by Emperor Henry IV. The importance of the fortress was confirmed by Emperor Frederick Barbarossa’s visit in 1185.

In the following two centuries, as a Papal possession, Montefiascone lived its period of highest splendour. The Castle was often residence of Popes, and was consequently enlarged and embellished. During Avignon Papacy, it was the main residence of the Papal legate Cardinal Albornoz. In 1463, however, it was already decaying, as in the words of by Pope Pius II. The decline increased after the plague of 1657 and the earthquake of 1697.

It became part of the new Kingdom of Italy in 1870. It was damaged by two Allied bombings in May 1944. 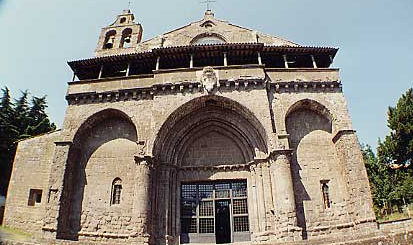