Valley of the devil – Larderello

The region of Larderello has experienced occasional phreatic volcanic eruptions, caused by explosive outbursts of steam trapped below the surface. The water is contained in metamorphic rocks where it is turned to steam which is then trapped beneath a dome of impermeable shales and clay. The steam escapes through faults in the dome and forces its way out in the hot springs. It possesses a dozen explosion craters 30-250 m in diameter. The largest is the Lago Vecchienna crater, now filled by a lake, which last erupted around 1282. 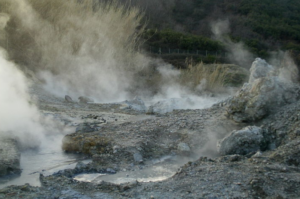 Larderello now produces 10% of the world’s entire supply of geothermal electricity, amounting to 4,800 GWh per year and powering about a million Italian households. Its geology makes it uniquely conducive to geothermal power production, with hot granite rocks lying unusually close to the surface, producing steam as hot as 202 °C (396 °F). 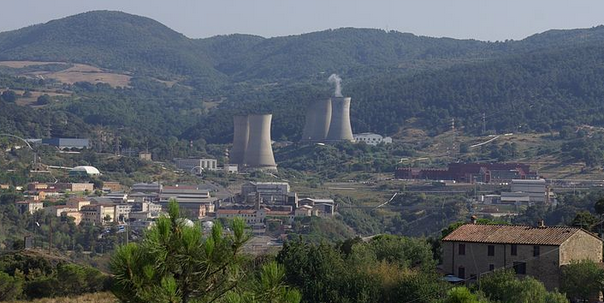