Remodeled over the years the Fortress is an embattled building that rises over an impressive base shoe. It is supposed that its construction should be attributed to the Aldobrandeschi around the twelfth century,but is known for sure that it was restructured by the Sienese in 1424 by first and later in 1772 under the Grand Duchy of Tuscany. During this restoration, the main entrance was moved from the south side to the west side, where it is today. 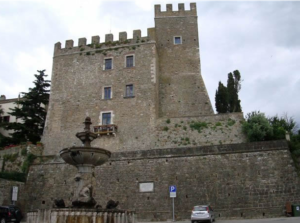 Another building that rises in height is the clock tower, probably built in 1472. It was an integral part of the oldest municipal building which also housed the barn, school, stables and accommodation of the vicar.

In the highest part of the village, a few meters before reaching the fortress, overlooking Via Corsini, The Nardelli Palace houses the Museum of Prehistory and Early History of the Fiora valley. 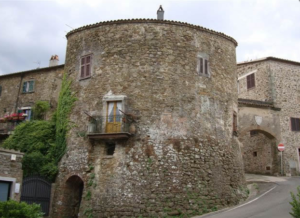