The complex was built by Leonardo Ximenes in 1765,  and had the task of  draining the old Lake Prile, or Lake Castiglione, through an imposing engineering work of Funnel.
The Ximenes was instructed to carry out the work of reclamation by the Dukes of Lorraine, whose work were definitively concluded only in the 1950s of the last century.
The construction of the Red House was intended solely for the control of the flow of water between the large marsh area and the nearby Tyrrhenian Sea.
The complex is presented by Ximenes as a characteristic architectural complex consisting of a main body of factory that rests on a structure with three arches, under which the waters passing by the Botrona Disteel tend to flow towards the sea. The main factory body, which is articulated on two levels, is against on each side to another factory body.
Under the main body of the building there is the system of floodgates designed by Leonardo Ximenes to allow the control of the flow of water.
Inside the architectural complex is hosted the multimedia Museum of the Red House Ximenes. 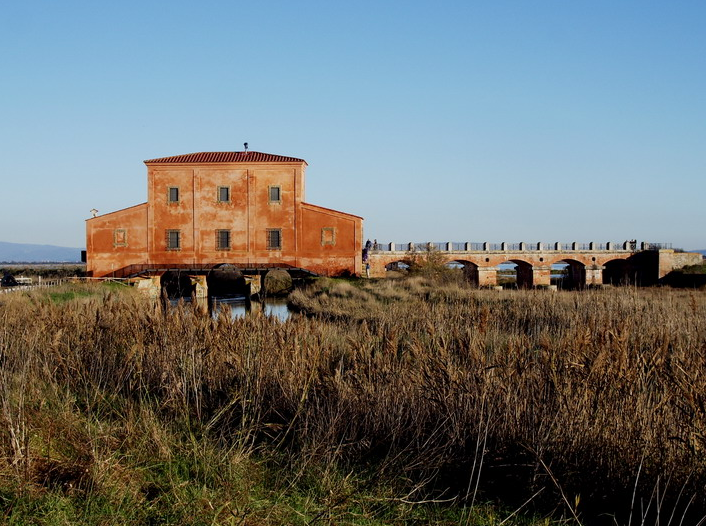