The site consists of the remains of some farms (of which, however, very little is left) and a cemetery where graves have been brought to light five tumulus used between the mid-seventh century BC and the late sixth century BC Inside a mound was found a still untouched pit grave, which then contained the intact funerary equipment including, two valuable vases (kyathoi), on one of which the incision allows us to read that it is a gift posted by Paithina, the name of a noble family in southern Etruria.

The finds can be admired in the Documentation Centre Davide Manni located in the village of Gavorrano. 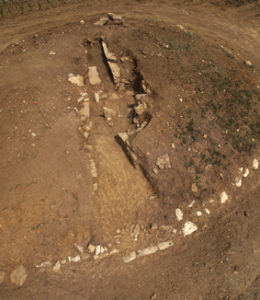