A few decades after the construction of Villa Cetinale  in 1716, there was the edification of a great and singular “Romitorio”(an isolated dwelling), situated almost on the summit of the steep hill overlooking the villa and accessible by a staircase of about 500 meters (the Scala Santa ).
The Romitorio was destined for the common life of a group of hermits, subjected to the ecclesiastical authority of the Bishop of Colle Val D’elsa and linked to the master of Cetinale by particular obligations (to serve the masses, to make on request some works of charity, to visit the Chapel of the Villa once a month). The principal task of the monks was the care of the sick and the assistance to the dying; They were begging and, when this was insufficient, they received the supplies from the Villa. 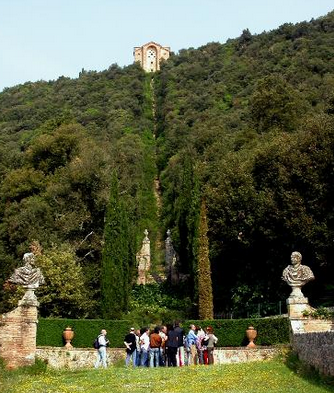 The Romitorio is a four-storey construction; The façade is characterized by two overlapping arches: the first is a lowered arch, corresponding to the ground floor. From the right side you enter the chapel, which runs parallel to the façade; The rest of the building is occupied by the rooms of the hermits.
(http://www.comune.sovicille.siena.it/Main.aspx?ID=344) 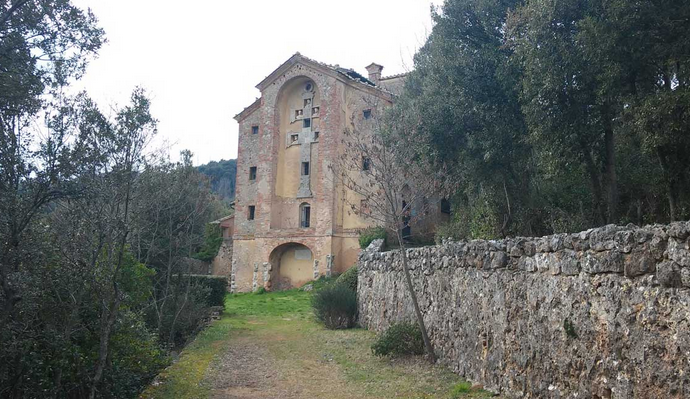