Bolsena Lake is a lake of central Italy formed over 300 000 years ago following the caldera collapse of some volcanoes belonging to the chain of the Volsi mountains. It is the largest volcanic lake in Europe.
It has an oval shape, typical for its origin, two islands and an emissary river. It has a total area of 113.5 km² (Quinto in Italy), is located at 305 m A.S.L., has a maximum depth of 151 m and an average depth of 81 m.
It is located entirely in the territory of the province of Viterbo and precisely in the northern part, called Alta Tuscia. For a considerable part is lapped by the consular road Cassia, a few kilometers from Monte Amiata.
Tourism and human settlements are more concentrated along the east and South coast where the three coastal centres (Bolsena; Marta; Capodimonte). The north coast is the lowest, while the western coastline is the wildest and solitary. 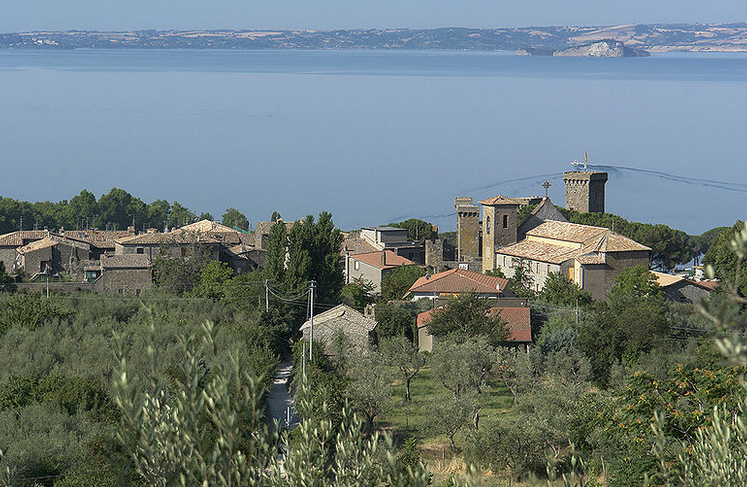