Grado, rises on a hill in the heart of the chain of the Monti Volsi;the village is located a few kilometers from Lake Bolsena, and in its territory belong 11 km of beach on its shores. The municipal territory consists of steep hills and deep valleys, cultivated with vines and olive trees, near the lake.
The origins of Grado date back to  Middle Ages when in the present “Pergola” was built an imposing castle, whose entrance could be reached only through a steep staircase (in Latin “Gradus”), from which it derives the name of the country. There are few traces of the castle: a round defensive tower, today incorporated in a private house, the entrance arch, part of the walls. The moat surrounding the village has been modified and transformed into streets and squares but the shape is still visible.
The main city monument is the Palazzo Farnese, a sixteenth-century construction that dominates the entire country, designed by Antonio da Sangallo the Younger as the summer residence of Pope Paul III and the Farnese.
The palace, preserves sumptuous frescoed rooms and houses inside the Farnese Costume Museum, an interesting collection of clothes, weapons, renaissance utensils and the “National Centre for Studies on the Farnese family”. On January 30, 2017 was inaugurated in a local palace, the Teatro Comunale “Alessandro Farnese. 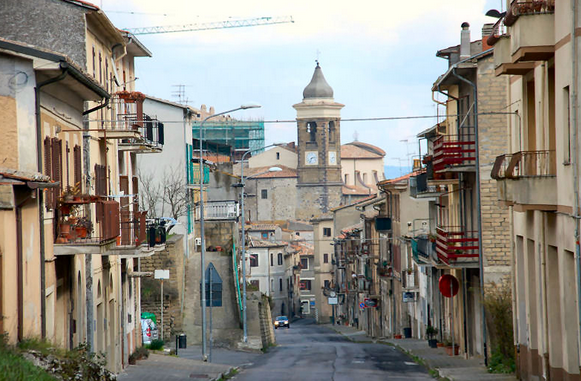