A small chapel was built over the tomb of Saint William of Malavalle and around this place gathered his followers. As a result of many testimonies of miracles through the intercession of William, Pope Alexander III granted the cult of the Saint (1174) and approved the rule of the hermits of Saint William (1211). In the 13th century many hermits reached Malavalle.
The monastery was built between 1230 and 1249 by Pope Gregory IX and became one of the major spiritual centers of Maremma.
In the 13th century, during the war with Siena, the Hermitage was destroyed and the remains of the Saint were spread to neighbouring countries. 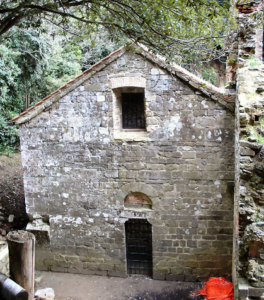