The first evidence of the castle dates back to 1 December 731, when the steward of King Liutprando, Warnefrido, stipulated the founding act of the monastery of S. Eugenio near Siena and among the assets assigned to the new institution, also included the castle of Capraia in the court of Orgia.
The site of Capraia, of particular strategic importance, arose at the end of the twelfth century by the Ardengheschi accounts to defend their possessions.
This happened transgressing the edict of Barbarossa of 1158, according to which it was not necessary to erect fortresses or fortresses in the Sienese territory. And it was precisely the Sienese, strong in this arrangement, who asked for the demolition of the Ardengheschi. This indicates the concern of the Municipality of Siena to limit the ever increasing power of the family that was progressively expanding and could, potentially, constitute a danger for the sovereignty of the Sienese state. 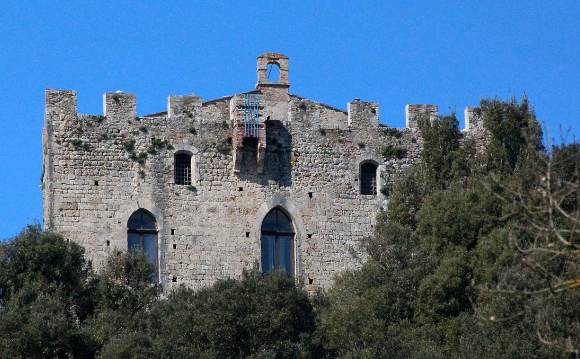 As a village, very degraded and reduced almost to ruins, it was bought by the noble family Borghesi in the eighteenth century.
Even today, inside the church of Capraia, there is a plaque dating back to the end of the eighteenth century, of the burial ground of Alessandro Borghesi, priest and Sienese patrician.