The village is located on a promontory of Lake Bolsena, formed over 300,000 years ago following the caldera collapse of some volcanoes belonging to the chain of the Volsi mountains, and occupied since the Bronze Age. The village is dominated by the Rocca Farnese.
A long beach of volcanic sand is one of the most characteristic points of Capodimonte. 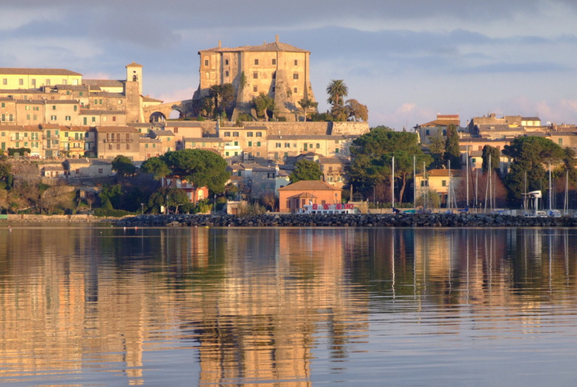 The territory of Capodimonte is part of the great Protohistoric and Etruscan centre of Bisenzo, one of the few of southern Etruria that shows continuity of life from the Late Bronze Age to the archaic Etruscan era.
The lake is frequented by sailing, canoeing and windsurfing practitioners; In the spring and summer period there is the “Tuscia Cup”, an important sailing event organized by the local nautical club Capodimonte. For lovers of canoeing/kayaking, in the summer season, in particular from May to September, various initiatives are held: National Rally of Canoe/kayak, Archeokayak and other lake activities.