Pitigliano, village of Etruscan origin, was built on a hill in which were dug tunnels, tombs, cellars and alleyways and during various periods and under various Roman and Lombard dominations.

The “tufa” rock formations, tourist fortune of Pitigliano, range from simple natural caves to the most ancient houses, as well as an integral part of the most famous Etruscan necropolis. The small old town is known as the little Jerusalem, to the historical presence of a Jewish community, always well integrated into the social context, and that here had its own synagogue. 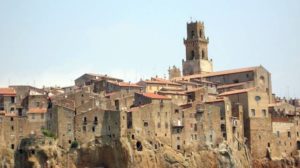 Unknown the Etruscan name, the current name derives from the gens Petilia, an important Roman family: the legendary founding of the village by two Roman, Petilio and Celiano and, hence, combining their names, would be derived Pitigliano. 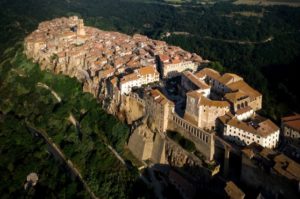 Of particular importance are the arches of the Medici, the church of Santa Maria, the Cathedral of 1400, the castle Orsini, the streets and all the historical center. 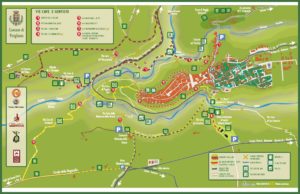