Montegiovi is remembered for the first time in a document of 1209 in which the Emperor Otto IV confirmed the possession of half of the castle to the Bishop of Chiusi, while the other half, was of  property of the Abbey of Sant’Antimo San Salvatore. Developed between the eleventh and the twelfth century, in 1217 was subjected to Siena, under the influence of the Tolomei family (the second half of the thirteenth century), Bonsignori (first half of the fourteenth century) and Salimbeni (second half of the XIV century). In the fifteenth century the village was placed under the direct jurisdiction of Siena. In 1555 it was annexed to the Grand Duchy of Tuscany, finishing then merged in Castel del Piano. 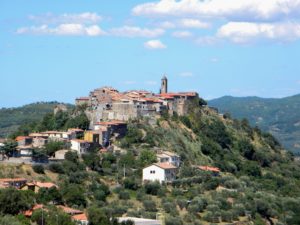 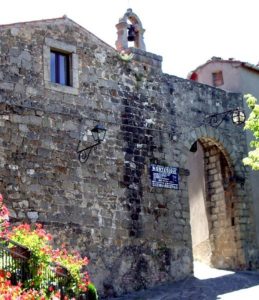