The country has the connotations and presents a typical urban layout of the typical medieval villages. The oldest document that speaks of the city Capalbio, is the Leonino Carolingia with which Charlemagne donated the Castle of the Three Fountains in Rome. 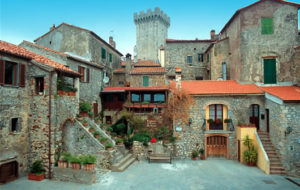 Some scholars argue that the country was inhabited since ancient times, is also confirmed by the discovery of Bronze Age tombs and archaic. Since ‘805 the country has followed the events of the heritage of the Abbey of the Three Fountains.

The Church of St. Nicholas is situated in Capalbio in the province of Grosseto.
The building is located in the historical centre of the village, in the square opposite to Rocca aldobrandesca.
The Church was built in middle ages, almost certainly in the 12th century, when it was also parish. Some interventions were made in the 14th century who introduced, in primitive and original Romanesque plan, new elements of the Gothic style. 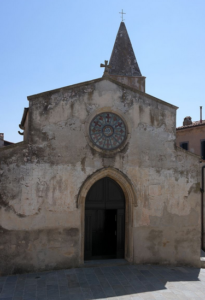