Of uncertain origins, Batignano developed in the middle ages, around the castle which controlled the mouth of the road to Siena on the plain of Grosseto. It was a fief of the Aldobrandeschi and in 1213 belonged to Manto da Grosseto. In the 14th century, it then passed under the Dominion of Siena, hosting many immigrants from Corsica, and so in the Grand Duchy of Tuscany. In 1738 it was reunited to the municipality of Grosseto.
Monuments and landmarks:
Batignano is a quaint village that preserves remains of the city wall with towers and gates, and a keep, besides a loggia with three arches, built with reused materials (columns and Roman capitals), probably originating from Roselle; all this particulars gives the town a certain tone of antiquity. Of note, too, the presence of a parish church and a convent, now desecrated, situated outside the town. 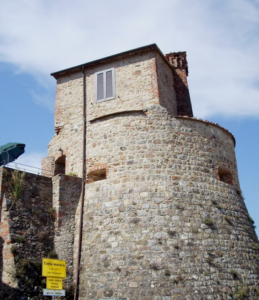