The first evidence of settlements in this area date back to the last centuries of the iron age, during the period from the 8th century BC. to the 7th century BC.
The necropolis of Malignano was totally discovered only in 1964 by the Etruscan Foundation, bringing to light Chamber tombs and well carved into the limestone, in which were found the most common kits of Volterra, other ceramics and some coins date back to 3rd century BC and to 2nd century BC. 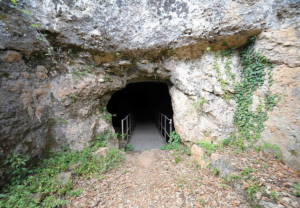