Some excavations conducted since the eighties of the twentieth century have allowed the discovery of a necropolis with four burial mounds (called tomb of the drum, the Chariot grave, grave of Cippo and tomb of the Two Doors), dating from the mid-seventh to the middle the sixth century BC, as well as a building block to be identified as a farm, in use until the end of the sixth century BC.

The area can be visited as with paths and illustrative panels.

All artifacts found during the excavations are on display in the center of the Territory Documentation for the Etruscans, in Guelph square in Scarlino, tel. 0566 38552. 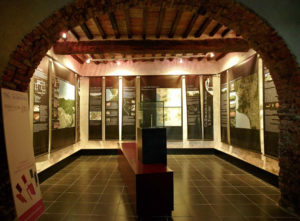