The remains of the town of Doganella, identified at first by George Dennis (in 1842et), were recognized in the seventies of the last century as the remains of the city of Kalousion, cited by Polybius in the narrative of the battle of the 225 B.C in Talamone.

Archaeological excavations have revealed an extended urban area whose origins date back to the late seventh century B.C. .; between the sixth and fourth centuries BC the area experienced intense development which followed rapid evacuation with the Roman conquest to the early third century BC. 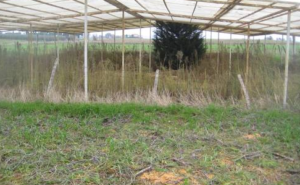