The remains of the church, which had been built around 1000 by Benedictine and completed towards the end of the twelfth century, is characterised by an apse, by the eastern walls of the transept and by the arches supporting the dome with the plumes from which developed the octagonal dome and set even the base of the lantern. 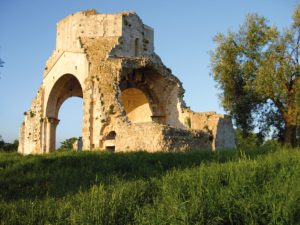