It was founded in the early twelfth century by Ardengheschi, near the San Lorenzo Castle.

Near the Abbey, the family monastery of Ardengheschi accounts, considered at the time one of the most powerful in the area and of Tuscany, was the ancient “Castello di San Lorenzo”, built in medieval times and of which no trace of it remains. 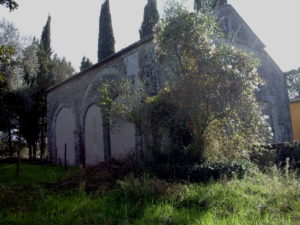 The church, which has undergone various interventions over the centuries, it has preserved its original Romanesque facade with the porch and the nave of the three that made it up: its stylistic features remind in part those of the abbey of Sant ‘ Antimo near Montalcino. 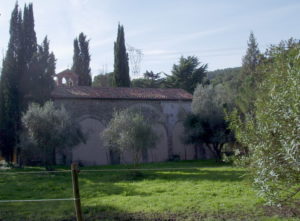